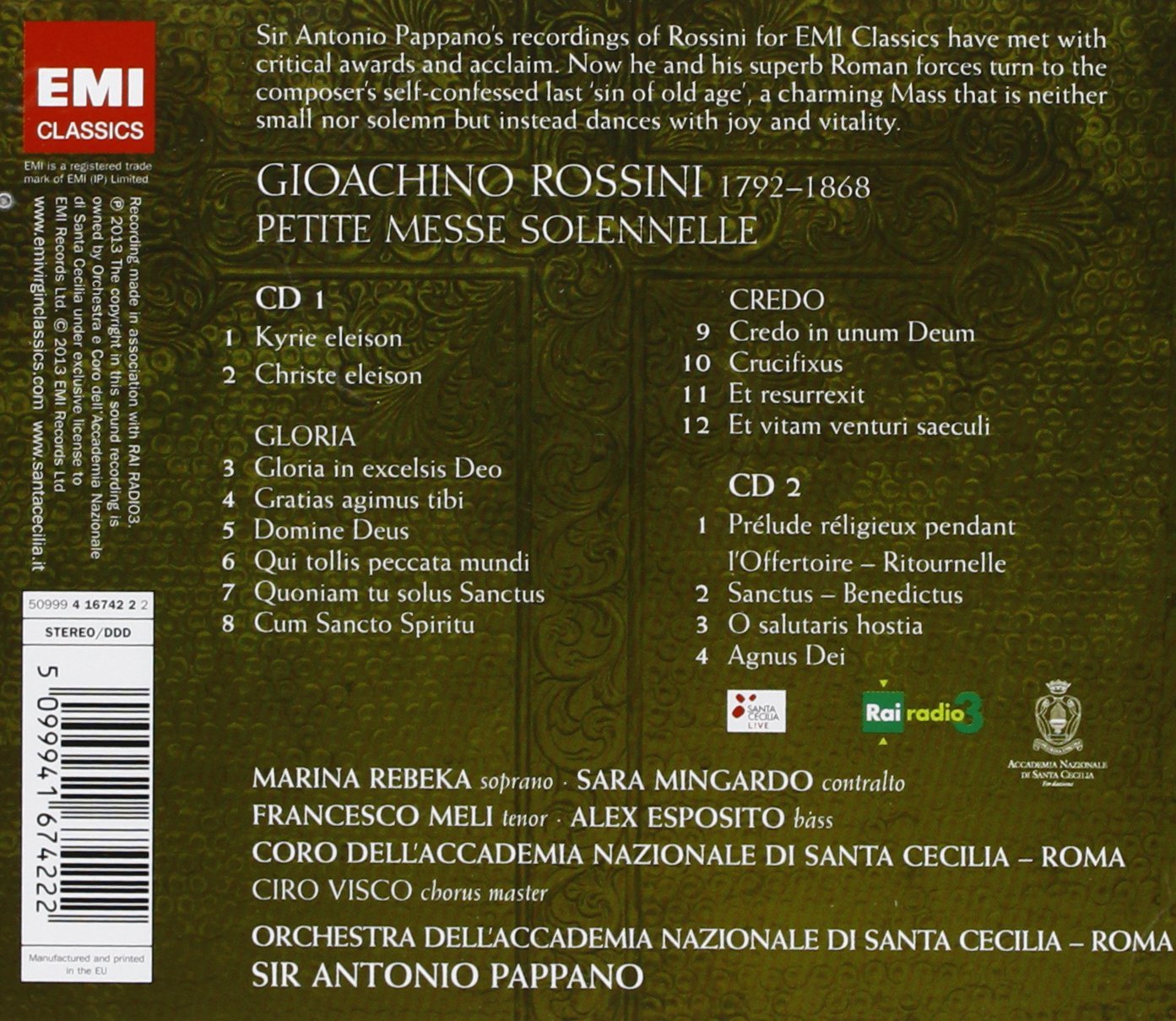 Gioachino Rossini’s late masterpiece Petite messe solennelle was written in 1863 and described by the composer as “the last of my péchés de vieillesse” (sins of old age). Like the earlier-mentioned Rossini titles, the Petite Messe solennelle was recorded in the Orchestra’s acoustically fine home, the Auditorium Parco della Musica in Rome. EMI Classics releases this exciting new recording of Gioacchino Rossini, with Antonio Pappano conducts the Orchestra e Coro dell’Accademia Nazionale di Santa Ceilia in what is considered by many to be one of Rossini’s greatest achievements. Soloists Marina Rebeka, Sara Mingardo, Francesco Meli and Alex Esposito are also featured in this extravagant release. Gramophone hailed the recording of the Stabat Mater as “one of the great choral recordings” and “a revelatory account” in which “Tender and expressive word-painting … is a feature of the entire performance, underpinned by Pappano’s superbly crisp yet endlessly considerate pointing of Rossini’s trademark rhythmic invention.”

The soloists on this recording are the young Latvian soprano Marina Rebeka, whose recent debuts at Covent Garden, the Deutsche Oper Berlin, Wiener Staatsoper, Salzburg Festival and Metropolitan Opera have been superlatively received; the award-winning Italian contralto Sara Mingardo, whose voice has been praised for its “extraordinarily rich contralto depths and interpretive capabilities”; the Italian tenor Francesco Meli, who made his Covent Garden and MET debuts in Rigoletto, performed at La Scala and in Vienna with Riccardo Muti and recorded La sonnambula with Natalie Dessay and Sara Mingardo for Virgin Classics; and the young Italian bass Alex Esposito, especially noted for his interpretations of works by Mozart and Rossini.