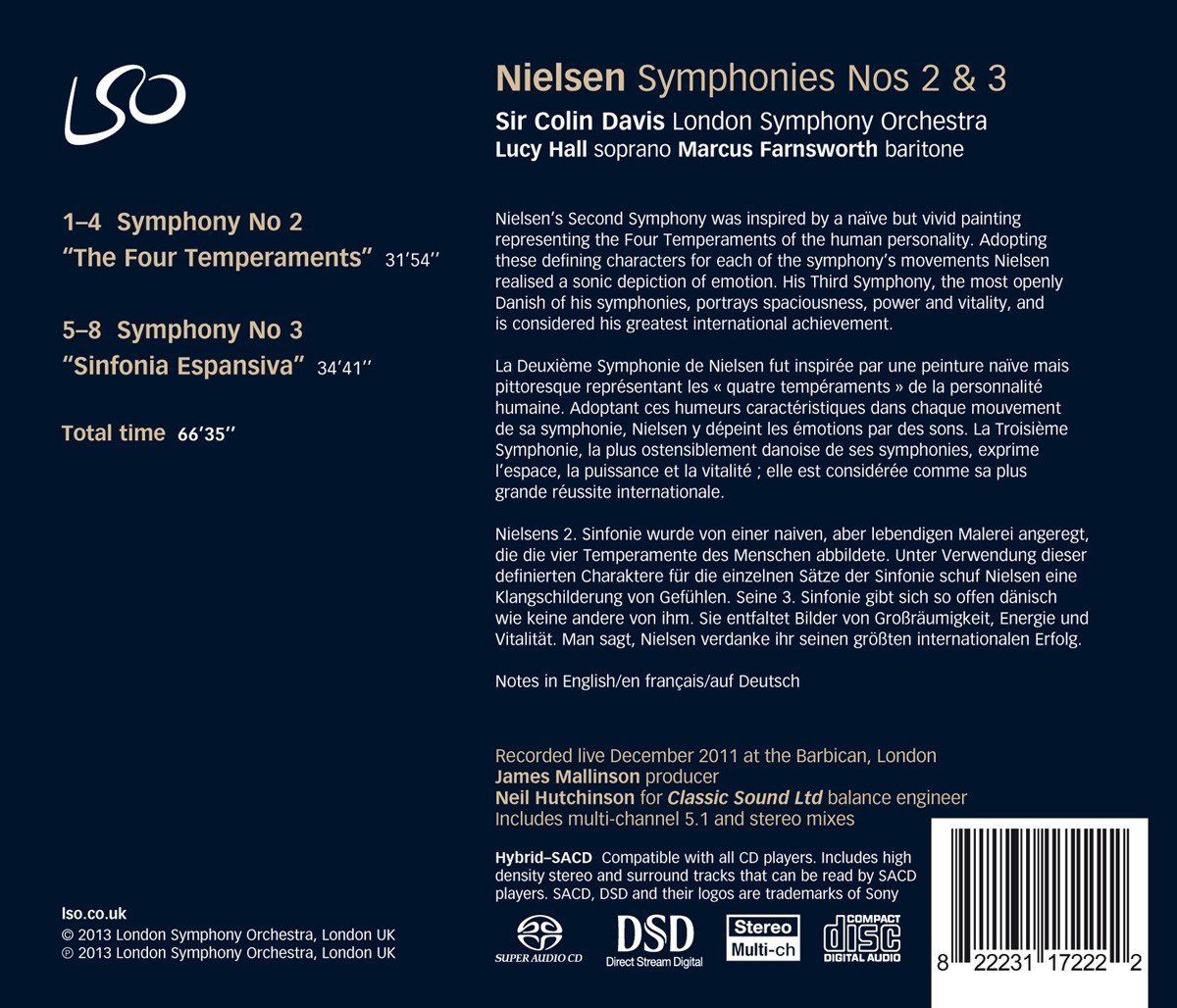 Carl August Nielsen is widely recognised as Denmark’s greatest composer, especially admired for his six symphonies. The Symphony No. 3 is subtitled “Sinfonia Espansiva” and sounds the most Danish of his symphonies, as well as being considered perhaps his greatest symphonic work. Nielsen in his life did not record any of his works for his not believe in the medium. This SACD (recorded in 2011 at London’s Barbican) completes the enlightened Nielsen symphony cycle of Sir Colin Davis and the LSO, and all on LSO Live discs. The recording is an exhilarating display of the life-force at full blast in both composer and conductor. The first movement has been dubbed a “cosmic waltz.” It’s spacious feeling and power is strengthened by the ecstatic entrance of the soprano and baritone soloists in the second movement. Its final movement embodies the ravishing Danish landscape. The sonics on both are up to the high standards of LSO Live SACDs. Individual solos come thru clearly and with great spatiality, and the orchestral climaxes are rich and clean, free of the compression effects frequently heard on standard CDs.