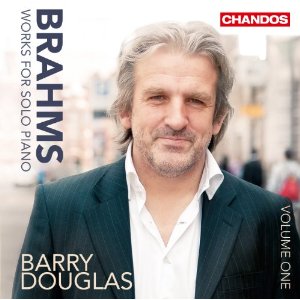 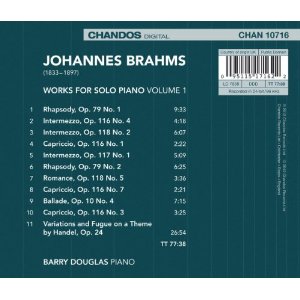 As an exclusive Chandos artist., since winning the Gold Medal at the 1986 Tchaikovsky International Piano Competition in Moscow, Barry Douglas has established a major international career and built a big reputation as a pianist and conductor. Douglas was the soloist in the 2011 recording of Nino Rota’s Concerto soir‚e (CHAN 10669), of which International Piano said: `For pianophiles, the headline message is undoubtedly “Barry’s back”. A complete Brahms series beckons, for which this definitely whets the appetite.’

BBC Music wrote of Vol. 1: ‘Barry Douglas’s approach is straightforward and eschews any temptation towards novelty for the sake of it; instead, he goes for the music’s emotional jugular, enhanced by beautiful rich tone and structural vigour.’ In the view of Fanfare: ‘Douglas shows, throughout the entire recital, how Brahms was not only a true musician, but a true craftsman as well… ‘