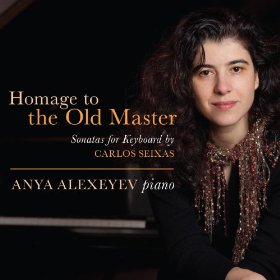 Carlos Seixas (1704 – 1742) was an eminent Portuguese composer. He succeeded his father as organist in 1718 at age fourteen, From then he dazzled listeners with brilliant keyboard skills, and his creative output eventually surpassed 700 works. Much of his work was destroyed in the earthquake  in 1755, only three orchestral pieces and around 100 keyboard sonatas survived, plus a handful of choral works for liturgical use . Since the second half of the twentieth century his music has been enjoying a revival. Seixas displays inventiveness and wit in the characters, forms, and textures of hi s sonatas. From flamboyant to deeply expressive, contemplative to fiery, they encompass a wide array of moods and emotions, and have the rare quality of speaking directly to the heart. This music is full of surprises. It never fails to delight the listener. Seixas’s music is brimming with joy of life and vigour, a pure delight in which to immerse oneself.