‘I had little idea at the outset just how difficult the task of reconstruction would be, and indeed there were many moments when I was tempted to concede defeat,’ said Wood. ‘However, my determination was fuelled on the one hand by the excitement of bringing these masterful and visionary pieces back to life after 400 years of oblivion, and on the other by the stimulation which came from discovering so many secrets within a compositional technique of such phenomenal strength and sophistication, and from which I, as a composer even four centuries later, could learn so much.’

Harmonia Mundi is commemorating the 400th anniversary of the death of composer Carlo Gesualdo in 2013 with the release of a previously undiscovered work. The Sacrae Cantiones Liber secundus – the composer’s second book of motets for six and seven voices – has not been performed in 400 years because both the bassus and sextus parts were missing. However, thanks to three years of painstaking research and reconstruction by composer and conductor James Wood who leads Vocalconsort Berlin on the album, the work has been recorded for the first time as it might have been sung in 1603. 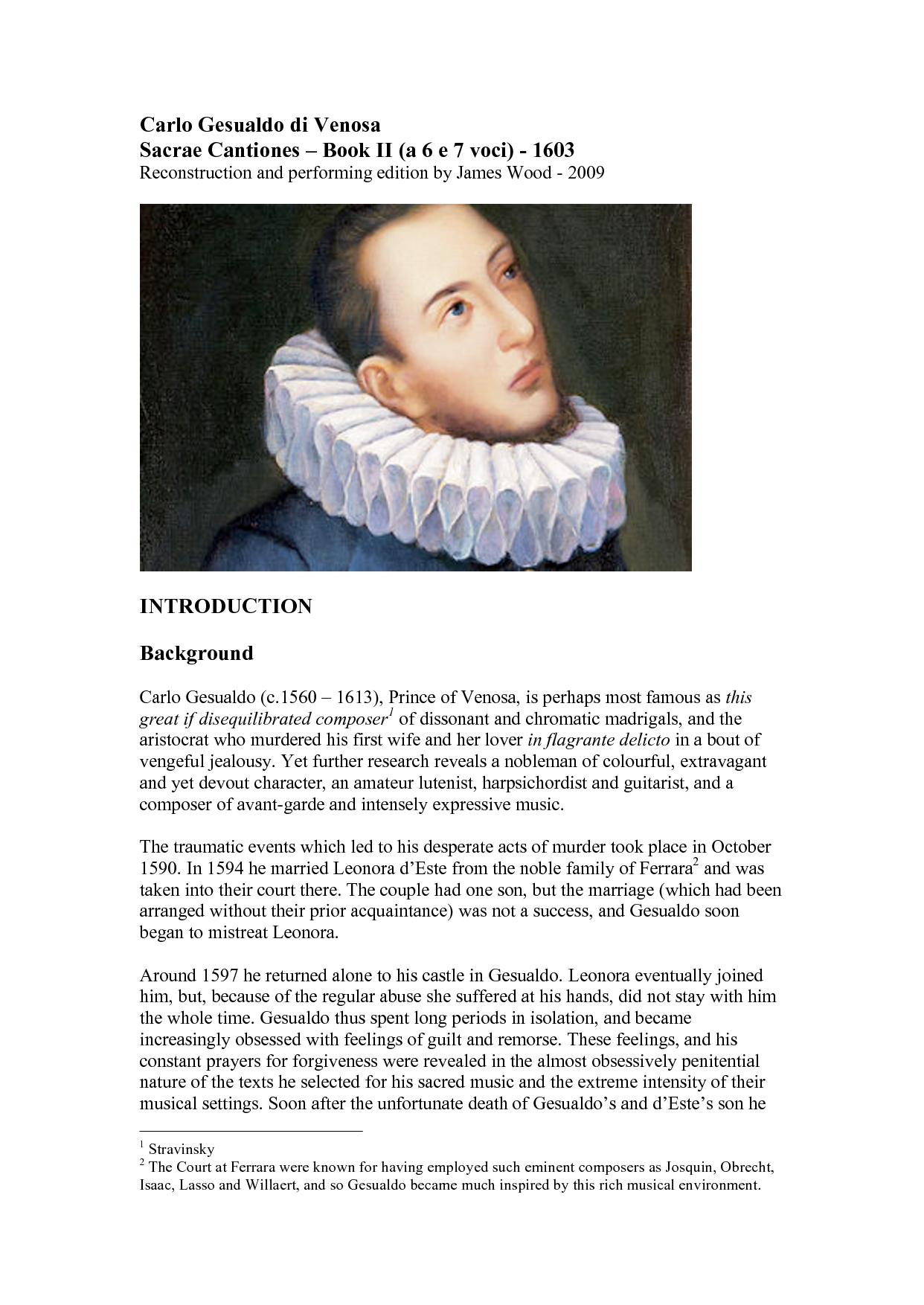